As I’ve used Digraph over the past six months, I’ve noticed several categories into which the topics I’m making often fall:

The case of colistin is an interesting one because there’s more than one way to refer to it. It’s also been called Polymyxin E. There are many similar cases, where a topic that I want to keep tabs on can be called more than one thing or described in different terms, and it would be nice to be able to search for any one of those sets of terms and bring up a single topic that can be used to tag an article.

To handle this situation, I’ve added synonyms to topics: 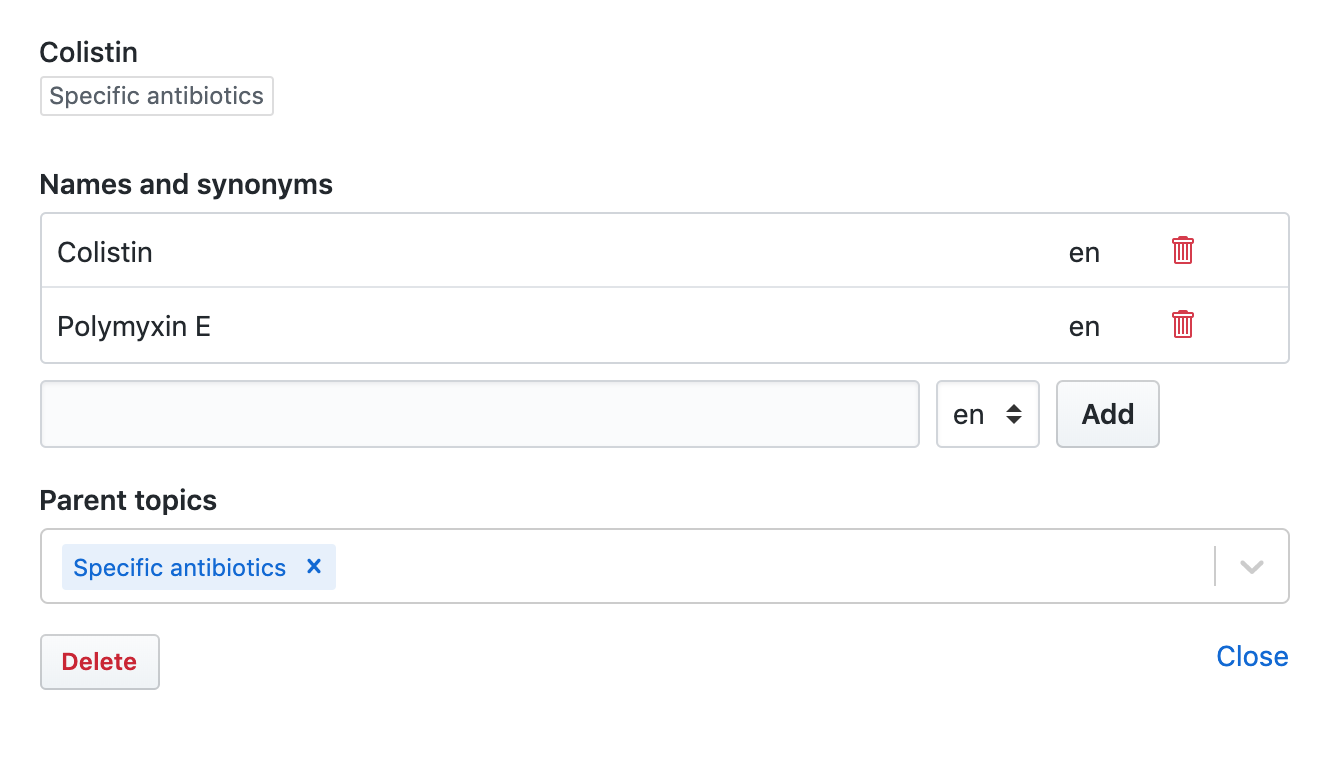 When you search for “Polymyxin E”, colistin now comes up. There’s also a locale field, which allows you to select a language (e.g., Spanish or French). At some point Digraph will be localized, and if you’re using a non-English locale, any topics with a synonym in the locale you’re using will be displayed as the name of the topic.

At some point I’ll show the synonyms that match a search, so you’ll know why you’re seeing a topic that matched on a synonym.